I look back at my Parents and wonder: how did they miss me?

I look around at my life now and I see a wife and children, who I love beyond imagining and I think to myself „If there was something wrong, something out of the ordinary, would I see it, would I miss it?“

Then I look back at my parents and wonder: how did they miss me?

After I was diagnosed I harboured a lot of resentment and anger to different people, for very different reasons. For myself, I grieved.

I grieved for my later teens. Still having the same problems, except now dropping out of college, unable to keep up, unable to filter out the noise, the sights, the people the pressure, driven to drink and drugs.

I grieved for my early twenties, burning out of work, commuting for hours on a train to a job, in the middle of one of the noisiest, smelliest and unfriendly cities in the world, to a place of work where nobody gave direction, or saw that you were free-falling.

I grieved for the fact that minute upon minute, hour upon hour, day after day, year after year I stuffed it all down inside me, filling myself, all the while grasping to be something I could never be:

I grieved for the person that had gone his whole life being hurt whenever anyone touched him and not telling anyone. The boy that hid the fact that touching burns him, even as a child.

Out of everything, I grieved for the fact that nobody saw any of this or did anything to help. 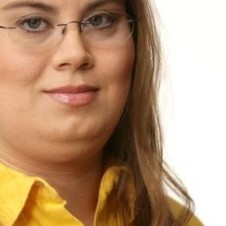